Chas Messenger passed away on 26 July 2008. Many of us in the Willesden CC will have heard of the name, but perhaps have not fully recognised the achievements of the man. His contribution to cycle sport was vast and covered every level. For seven years he organised the Tour of Britain under the Milk Marketing Board to be known as the Milk Race. He organised challenging stages taking place on previously unknown climbs, ensuring that the winners truly earned their victory.

As a stalwart of the breakaway British League of Racing Cyclists, Chas was instrumental in the formation of today’s British Cycling Federation. In the 1960’s he was nominated as National Road Manager, including the Tokyo Olympics. His devotion was always to the riders and not pompous officialdom, making him a controversial figure to some. His perseverance paid dividends, Les West took a silver medal on the road at the Nurburgring in 1966. The following year Beryl Burton won the women’s world road championship and Graham Webb won the amateur world road championship. In 1982 he returned to the international scene as organiser of the 1982 world road championships at Goodwood, which gained the plaudits of the UCI for the detail.

Very much a Londoner, Chas started cycling as a youngster in the Kings Cross area. In his words, he was a mediocre racer, but still getting under the hour as a 25-mile time triallist, then quite an achievement.

His most important provision for today’s cycling is the existence of the Hillingdon cycle circuit for which he fought long and hard for its construction. Without him we would not have this wonderful facility, it simply would not exist.

Seven years ago the Central Region started the Chas Messenger stage race in recognition of his massive contribution to the sport. Chas always attended to help the judging and present the prizes. Though he was proud that the event recently achieved Premier Calendar status, the riders were what his life was all about.

The Willesden CC is donating £100 to the Dave Rayner Fund in memory of Chas Messenger. Ron and Gladys Purdy, Ian Why and Sean Bannister went to his funeral last week. Gladys reported that “True to form Chas had arranged everything before hand including the order of service. There was a lavish spread put on at the local Navy club afterwards and we spent the afternoon recalling our memories of Chas”. 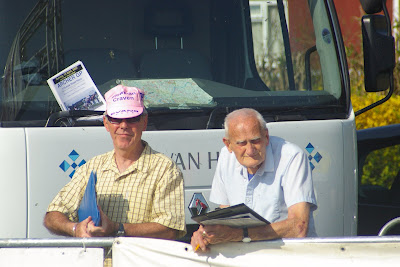