A lot has happened and a lot is happening with one of the world’s leading Audax clubs.
Who’s that then? Why the Willesden CC, silly! 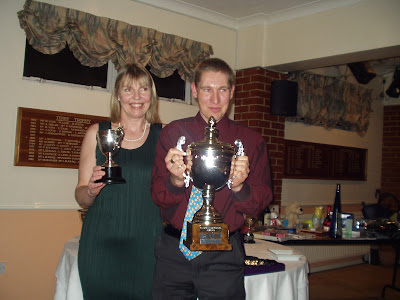 The ever-sunny Peter Turnbull has retained his Audax UK championship. This is a magnificent achievement and Peter joins a very select group of riders to have defended his crown. Well done Peter. Also well done to Ken Turnbull who has supported Peter through out his audax career.

2. Calais-Brindisi Audax Ride
Is the Sunday club ride a bit short for you?
Have you always wondered if there is life beyond the Boulters Lock Cafe?
Are you tired of beans-on-toast?

Then sign up for one of the classic Audax rides, the Calais-Brindisi. Many of the Willesden CC Audax Grandees cut their teeth on the fabulous ride through the culinary first world of France and Italy.

Martin Lucas is planning to ride this wonderful route during late August/early September 2008. It will involve 2600 km and 13 days of the best cycling France and Italy have to offer. Any experienced WCC members interested in this challenging ride should contact Martin on Willesdencyclingclub@yahoo.co.uk (Put Calais-Brindisi in the Subject field).

3. Mille Miglia
The Willesden team for the 1600km Mille Miglia ride is growing by the week. Mark Brooking, Ray Kelly, Yoshi, Akiko and Paul Stuart are starting to limber up for the event.

This was for their gruelling support on the “Beast from the East”, a 600km PBP qualifier. The event was run in the most dreadful conditions. Tracey and Di Set up two feed mobile feeding stations at Goring and at Middle Wallop. Without these vital stops many more riders would have DNF’ed.

5. Audacious as ever – The Willesden 2008 Audax program.
As usual, Willesden has a program of Audax events running through the year, kicking off with the Willy Warmer and its young friend, The Little Willy, on January 26th. These events start from the Community Centre at Chalfont St Peter at 8:00 and 8:30 respectively where they head off in the direction of Pangbourne for a café stop at the Jolly Good Food Co. The Little Willys then head for home whilst the (by now) Warm Willys make for Hungerford across the rolling Newbury downs.

I’m also recruiting riders for an Easter Arrows to York at, er, Easter, which falls on the 6th April this year. Unlike most Audaxes, Arrows (or Fleche as they are known on the continent) are a traditional Audax event where teams of 3 to 5 riders complete a pre-specified route of at least 360km within a 24 hour period starting on Good Friday in the general direction of York. (Most Arrows finish at the train station for some unknown reason!). The sting in the tail is that the last 25km must be completed within the last two hours of the ride to make it a real 24hr outing. This requires careful planning but if you get it right you can usually have a couple of hours sleep along the way. Of course, if you are riding with Mel Kirkland & co and shooting for a distance of 500km or more its unlikely you’ll be stopping for a nap!

PBPers will be interested to know that Arrows are validated by ACP and count towards the illustrious Brevet 5000 and 25000 awards, so if you completed PBP you’ll definitely be wanting an Arrow ride. I will be organizing a team shooting for 400km so if you’d like to find out more, or indeed are thinking of putting together a team together aiming for a longer distance, drop me a line (Willesdencyclingclub@yahoo.co.uk Put “Arrow” in the Subject field) and we’ll see you in York!

For full details of the Audax events, see the Audax calendar at www.aukweb.net which includes entry and contact details.