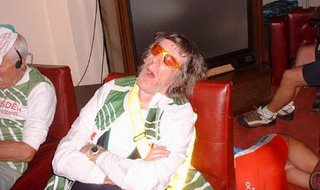 The Annual General Meeting/Moan was held on Sunday 3rd December. Around 30 people were present , many not seen from one year to next. During the meeting there was a small shuffle of club officers, the new line up is as follows –