The first club run of the new year was a bit thin on the ground although all the important ones were there even if some “notables” were missing.

On a grey, warm morning the group gathered at Denham – Chairman Brian, Mike the Bike, Suss, Mooney, Joshi, Steve, Martin,and two Slipstreamers, Jamie and Sam. As we later found out, Kelnago and Miles (BacK) were manfully riding the 200K Poor Student to get in their first qualifying ride for PBP. – My God, get a life!

As for Mon Capitaine – nowhere to be seen. We were well outnumbered by the boy racers – there must have been about 20 of them. For a moment I thought Paul Doel might come with us when he sidled over with a big grin on his face – but it was only to tell us that Quest were running an extra Reliability next Sunday, from the Ickenham Guides Hut.

We were bound for Aldbury, and we had to get there because Rocco had arranged it that way. You don’t argue with that! The lanes were in a pretty bad state – puddles, floods, loose grit and muck all over the place. A puncture in Sam’s rear wheel brought us to a standstill in Roughwood Lane. No sooner was that fixed and we were just about to go when Joshi noticed that he had one in his front wheeel. Got that fixed and off we went on the tramlines.

In one of the lanes, on a slow bend, a Sunday adventurer suddenly realised she didn’t have the road all to herself when she caught sight of us and locked her wheels into a screeching skid into our path, stopping about 10 feet from Martin. With commendable sang froid, he slowly rode past her with the comment “Well in control there, then!”. 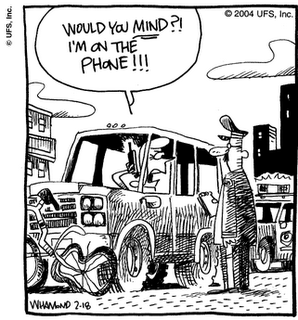 When we reached Tring Brian, Brain, and Joshi decided to take a bit of a short cut while the rest of us followed Martin on a bit of an extra loop. I was a bit concerned when a signpost said Aldbury left and we turned right, but it turned out Ok and we reached Aldbury at about midday.

BBJ were already there, looking suitably knackered, chatting with Rocco, Liz, Derek, and Gill. Most of us ordered up the Farmhouse Tea while the two young lads went for a full breakfast – must be something there! After some light chat, the topic inevitably centered on PBP. According to Rocco, several WCC were riding The Poor Student 200K Qualifier but none of us could work out why! The 200K didn’t have to be completed until April and there must be a better time to ride 200K rather than in the doom and gloom of a wet January.

Gavin has jacked in his 200K PBP Qualifier, but it has been taken up by Paul Stewart, with Liz as his mentor. You have been warned. Anyway, WCC now has a full set of qualifying rides once again. Rocco was going to run a 200K, but no more. He had wanted to run a 400K and 600k as well but Audax told him he would need a mentor for these two so he told them to shove the whole lot. No surprises there, then.

The cafe at Aldbury is soon to be no more, perhaps as soon as the end of next week. In recognition of services to cycling, Rocco presented Peter with a certificate signed by loads of WCC riders, thanking him for his services, and he got a nice round of applause – that’s Peter, not Rocco, no surprise there then either – and Peter thanked everyone for their support over the years.

Time flies when you are drinking tea and it was 1.15pm when we left for home into a headwind. Brian Moon had developed a couple of splits in his rear tyre which didn’t look very promising and after gingerly getting to Chesham and deciding that discretion was the better part of valour he took a train home. We followed the tramlines and apart from a puncture for Chairman Brian it was quite a brisk, uneventful ride back to Denham.A good day out.

One Response to THe Hon Sec Joins the Club run