This weekend’s results and news from Gladys

The final overall results of the Imperial R.T Winter series was announced and Peter Dixon finished in 27th position.

The club’s reliability trials suffered due to the weather. Heavy rain and reported snow in the Chiltern area meant that only 30 riders signed on. Some of these gave up as the course became snow covered and the icy surface made riding difficult. Still, Team Quest boosted the profits by staying in the Headquarters and drinking coffee in the hopes it might stop raining.

Tony Savage collided with a motorist near Denham. Luckily there was a witness who saw the incident and took the car’s number.

Attached photos show Tom London and Rich Cooper covered in mud when they arrived back at Headquarters. Roll on Summer. 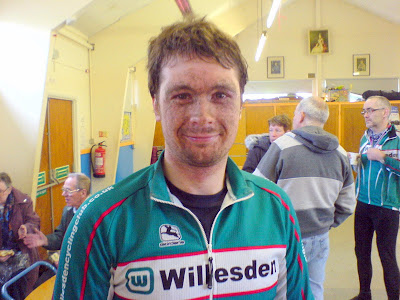 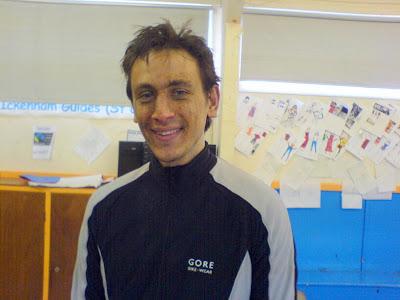