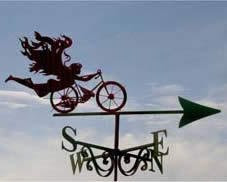 The weather forecast was dire. Gales and storms coming from the north is not what you want to hear. Especially when you are doing a 380km ride to York.

One of our team was so concerned, he threw himself from his bike the week before. “Cycling Wheatley“, managed to break the smallest of bones in his hand but it meant that he had to scratch from the event. We all thought, “lucky sod”.
Martin Lucas and Peter Turnbull who were members of our other team, decided to join Mark Brooking’s elite squad as some of their team had shown a modicum of sense and pulled out of the ride.

The start for us was from Mark’s house at 10.00am on Good Friday. It was to be Mark, Me, Jim, Wendy, Martin and Peter. That was until Jim and Wendy saw the light and volunteered for back-up support duties.
Alison Brooking provided hot drinks and most importantly, bacon rolls before the start. All duly fuelled and after the obligatory photo shoot, off we went.
It was a bright morning. No rain and even some blue sky. Unfortunately, there was also a 1000mph headwind that we had to surge into.

Three hours and 45 kms later, Peter had the good sense to puncture. It was at this point that we decided to adjourn to the nearest hostelry to review our situation.
Peter had been riding with verve and determination. Martin was content to sit in, I was just about hanging on and Mark was doing a spot of hanging off. Mark was also the only one of us that knew the way. This was another challenge for Peter or Martin at the front. We all had difficulty hearing each other because of the noise of the wind.

Anyway, we found this really cosy pub/restaurant. Open fires, low beams. You know the look. After some splendid food , we headed back to Mark’s. At one point, I was doing 29kph on a straight flat road without pedalling.
Martin drew our attention to the black clouds bearing down on us from behind. We tried, but couldn’t out run the sleet, hail and rain that eventually enveloped us.
Peter was already drinking tea and eating a hot cross bun when the remaining three of us arrived at Mark’s. We thought that he was lost but his homing instincts had kicked in.

For once, we had done the sensible thing. A night ride in the terrible weather conditions of the Easter weekend could have been dangerous let alone mildly uncomfortable. We had decided from the onset that we would start and see how it went. We did that and so all targets achieved.