In the frozen Gloom at 07:02 & -4 degrees C Wendy Mears, Lynn Corr & Mark Brooking set off from Great Dunmow to enjoy a permanent Audax ride known as Dick Turpins day out. It was January 31st – the last chance for a Round the year Randonneur ride for this month.

Wendy’s chauffeur Jim and Digger-the-Dog were there to see us off before early morning walkies and a planned rendezvous at Wally’s café.A couple of miles up the road water main repairs had left the road covered in ice – we decided that if walkies was good enough for Digger we would have some to get to some terra nonslippia. After that we made good progress to the Cash Point at Saffron Walden whilst being treated to an awesome blood red sunrise over the frosty white fields of Essex.

There was a wonderful wind assisted blast past Dick Turpin’s birth place and the main objective for the day was in sight – to make it to Wally’s for a Full English before the Frying pan was put away at 10:30. We got there in time for the works with tea & toast £4.00 a head.

Wendy was having trouble drinking – it turned out that the water in her bottle had frozen!!! By now it was a beautiful sunny day but the next leg had some seriously frozen stretches of tarmac which were crossed Gingerly without mishap. 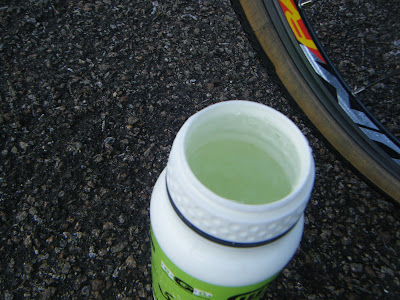 The pub we used at Walsham Le Willows was not that good – no food available . So it was Jim & Wendy’s sandwiches with a round of Shandies before the next stage to Debenham.We used the Co-Op as a control as there was nothing else open on a Sunday afternoon. Then we had to turn back into the biting NNW wind that had helped a bit on the way out. 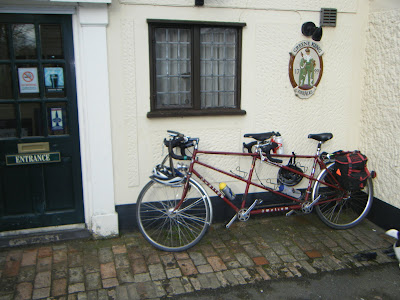 Progress was slow and got slower as it got dark – we were ever mindful that there might be ice so the pace was cautious. We finally found Jim by an oasis in the darkness – Ok it was only a McDonalds – but at the time it was just what we could have done with 2 hours previously. The hot food and drink cured the shakes that I had developed. The staff were brilliant an wished us well for the last 25 miles back to the finish

I led us off in the wrong direction – funnily enough it was towards Wally’s at Acton long since closed for the day. Retraced back up the hill (!) and back on course.

There is a monstrous climb out of Sudbury – and by now it was really dark. Ever wary that the time limit was fast approaching we made steady progress as the temperature dropped again. Wendy punctured 8 miles from the finish. With a bit of an Adrenaline rush and the end nearly in sight we upped the snails pace to a brisk limp along the last B road to get back to Great Dunmow and the final cash point.

A full day of fun and by now the temperature was a sweltering -2 degrees C. 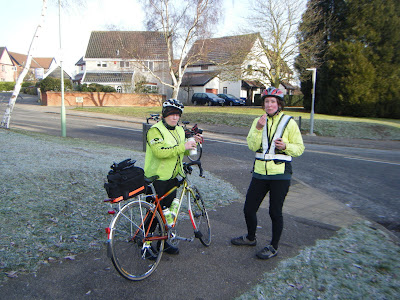 Wendy and Lynn – Doing what Audaxers do best!

Only another 11 months of 200km rides to go so that Lynn can get another badge!