The Uxbridge Golf Club survived another onslaught from the Willesden CC on 19th January for our annual Dinner and Dance. As usual there was a last minute flurry in ticket sales and around 60 of the WCC finest settled down for an evening of prize giving, dining, raffles, dances, speeches, toasting, wine tasting, beer tasting and on occasions Sambuca tasting.

Our Guest of Honour this year was John McMillan. John gave an excellent speech that recounted many of the clubs achievements during the year. He also presented all of the trophies to the club’s champions. Well Done John!

A big thank you must also go to Gladys and Hilary who organised the event. Unfortunately Hilary had to return to her work in deepest Siberia, so was unable to attend. Jim and Wendy did a great job with the raffle and there was a vast array of prizes to be won. 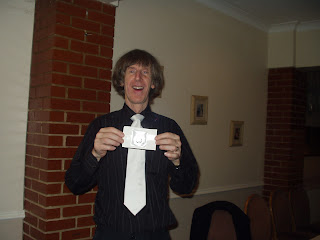 Mike celebrating his lofty new status as a Willesden Grandee, or Life Membership as it is officially called. 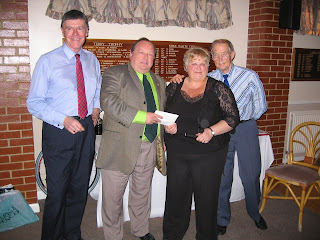 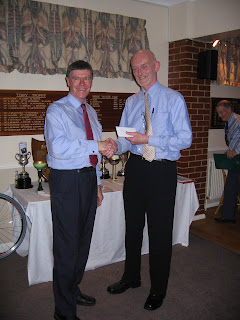 After 21 years of stealth membership Nigel Haselden broke his cover to receive his Life time Membership. 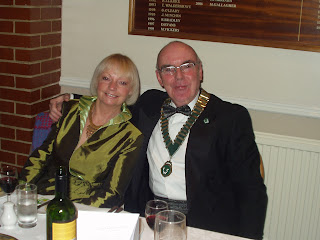 The Sash of Honour was awarded to Ray Kelly for all his work for the club during the past year. 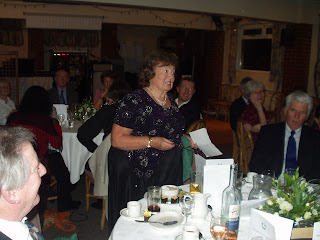 Gladys gave a very warm speech welcoming all non-members to the evening’s proceedings. 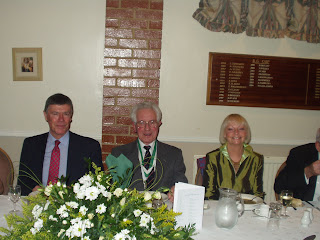 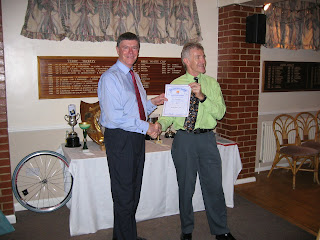 John presents Sean Bannister with a CTC award for the best passing impression of Bruce Forsyth. 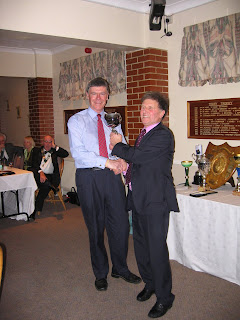 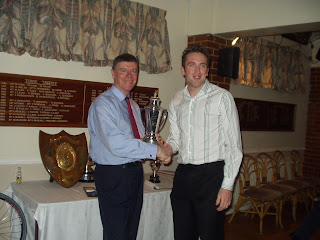 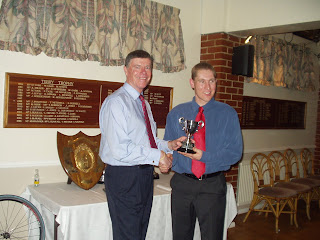 Brian Moon is always a trophy winner at the D&D. This year he collects the Veterans Time Trial Championship 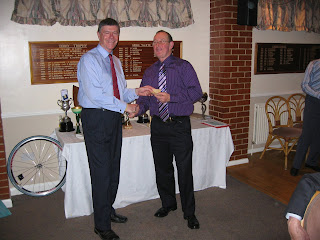 Chris James, known to all of us as Jumbo James receives his award. 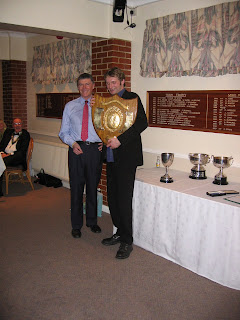 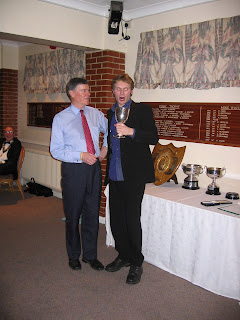 Another trophy for Ed 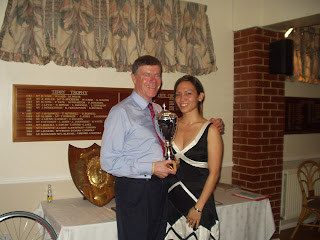 Darlene Rini gets the Ladies Audax trophy for the most number of points in a season. She also received the Audax Merit trophy for completing the Paris-Brest-Paris within 80 hours even though operating mainly on Pacific Coast time! 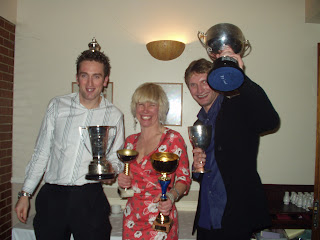 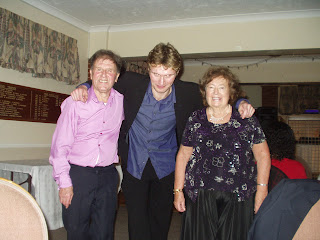 Exhausted (Ed-huasted?) by the weight of his trophy haul, Ed is supported by the Purdys
.
This entry was posted in Miscellaneous. Bookmark the permalink.