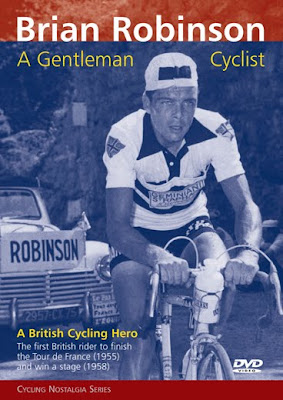 The annual Hammersmith Cyclists Film Show is at the Riverside Studios in West London on Sunday, January 30, 2011. I have been in previous years and have enjoyed a wide array of cycling films.

This year’s selection is topped by a 40-minute film, entitled “Brian Robinson – a Gentlemen Cyclist”. It includes previously unseen footage of Robinson who won two stages of the Tour and finished 14th in the 1956 edition.

Other films include a portrait of Shay Elliott (no relation to our Keith), a film of the 1953 Tour of Britain and archive film of racing at Herne Hill track.

The programme starts at 1.45pm and I would imagine it is vital to book in advance!