Wendy, Lynn and Mark completed their third monthly 200km ride, which puts them well on the way to achieving their Randonnee Through the Year Award. Mark’s report follows …. 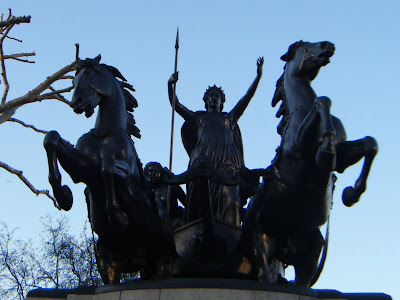 Various factors dictated that round 3 would have to be a Sunday Permanent ride. So three of Willesden’s finest Pioneers (Lynn, Mark & Wendy) elected to ride Tom Deakins other Perm titled ‘Boudicca’s Revenge’ – the reasons for this title became clear as the ride unfolded. The route had never been ridden in one hit so the event creator volunteered to join us for what was effectively the inaugural ride.

The highpoint of the weekend was the pre-event pasta party the night before: a huge overdose of pasta followed by an extremely naughty chocolate mousse and a fine cheeseboard to fill up the corners. Jim left Wendy with us for the night and headed home.

Before we knew it it was time for a huge steaming bowl of porridge followed by toast before setting off into the gloom of the early morning. The car windscreen froze up by the time we got to the end of my road!

The day was dry & bright with a rising NNE to niggle at us for the remainder of the day. Conditions were far too favourable – something we had not had much experience of so far this year. i.e. no snow or rain or sleet, but it still had a pretty good kick in

The first control with facilities was reached by an icy ford at Sutton – where a chap with a posh camera trying for an atmospheric shot came a cropper on the icy edges. 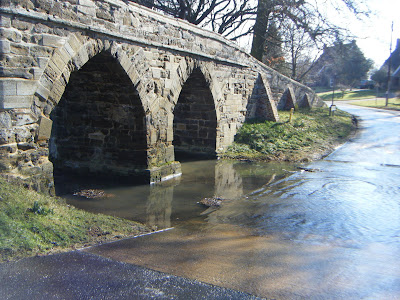 We had a round of cheese toasties in the little café that was once a stationers in Potton Market square. The girl in charge was willing to dash over the road to get us some beans to go with some toast – but we decided to stick to the menu. 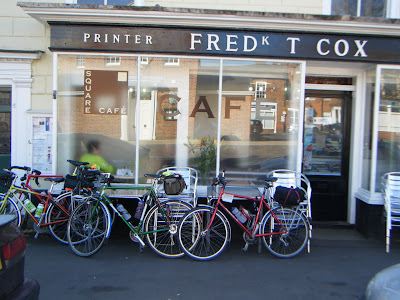 The next leg to Chatteris was fairly featureless, no wonder Boudicca revolted, she needed something to break the horizon! Diversions on the A14 funneled a lot of traffic onto what is usually a quiet route. It was very pleasant crossing the many arched bridge in St Ives with the chapel in the middle in bright sunshine – which was followed by a long featureless fenland crossing to the haven of the

Green Welly Transport Café at the halfway point, perhaps Boudicca wouldn’t have revolted if she’d known about this place, this was the turning point and progress was a little easier with a bit of wind assistance.

At the next turn there was a warning about a flooded road which was on the route. At last something to make the ride memorable! When we got to the flood it was gone !!!!

Next check was the A14 services near Boxworth for coffee and stickies. A bit pricey after the delights of the Green Welly but needs must. The last leg was the longest and also the hardest. I went off the front to set up a picnic. The route took us over what must have been the steepest hill in Cambridgeshire – a bit gratuitous but at least it was quiet.

The team regrouped in the bus shelter at fowlmere- our picnic site – worryingly Lynn refused a ‘Scary’ Bakewell tart. It was now properly dark with about 30km of mainly lanes to contend with.

We grimped/walked up the ‘revenge’ section on the Icknield Way and had a slow descent along frost damaged lane. I was using a new Edelux front light for the first time – a dynamo powered LED light with an awesome output. Positioned in the middle of the road I was able to illuminate the worst of the potholes on the rough descents. It was a welcome relief to get on a B road with a better surface as we skirted round Saffron Walden. Then with 20km to go the route took us the pretty way to Thaxted with a few more climbs thrown in to finish us off.

The smells from a curry emporium in Debden were most tempting. 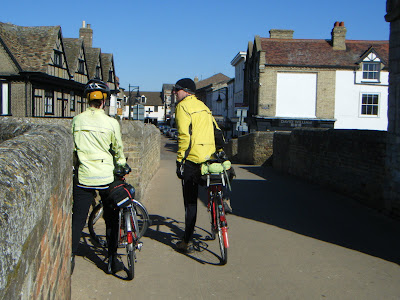 Lynn and Tom admire the view

I waited with Tom in Thaxted for Lynn & Wendy -we had already covered well over 200km in the time limit. Now came the kick, the temperature dropped this combined with the last few climbs led Lynn to a new experience – a severe attack of the bonk with all of the dizziness that goes with it. She was cold & had had enough. Wendy fed her chewy bars then continued the ride with Tom towards the finish. After installing Lynn in the warmth of the Swan Hotel with the bike secured outside I made a dash for the Arrivee and the car and made a hasty departure to pick up Lynn – it was now -3 degrees – no wonder she was so cold! 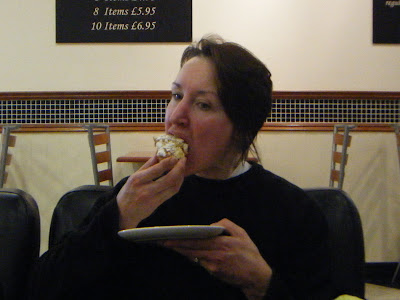 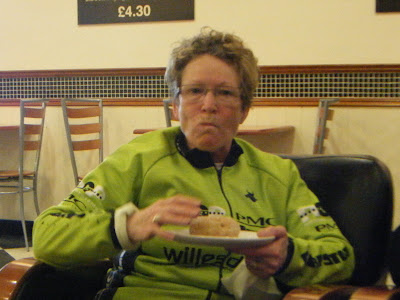 218km covered – if you want to experience this ride in the summer it is on the calendar as the Flitch bikes 204km on Saturday June 5th. The route will be the same, but hopefully it will be warmer!

Next installment – The Dorset coast 200