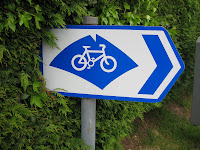 On the May Day Bank Holiday weekend, the Willesden CC sent a crack squad of cyclo-tourists over for the 24th Isle of Wight Randonneé.

The IoW Randonnee follows a 100k signposted route around the whole of the island taking mainly minor roads and lanes. The course is quite hilly and involves around 1100 metres of vertical. A 55 kilometre route is also offered, which follows a lovely quite cycle lane through the centre of the Island. Both routes enable riders to enjoy the tranquillity of the island and its wonderful scenery. This year over 1,600 riders took part, with honour of youngest rider going to WCC’s Nathan Wheatley who at the age of eight completed the 55km route. Chapeau Nathan!

John Wheatley, Director Sportif of CW, takes up the story …..

The tandem hit 28 mph on one of the descents between Cowes and Bembridge, but still Nathan (8) was vanishing into the distance. I remembered that his braking technique usually involved destroying trainers by dragging them along the road. And the week before on a trial ride it had emerged that left and right were still interchangeable concepts in his young mind.

Still, we’d always have the memories, of him demolishing half a jar of ‘Cheeky Monkey’ chutney 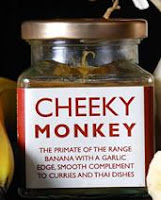 at the Garlic Farm near Newchurch, and painting a bowl at the Chessell pottery. His brother Robert had disappeared up the road following Mark and Wendy’s tandem – we were just too slow. I can’t remember averaging less than 8mph on a ride of under 40 miles, and I did think we would just fall over at times.

1644 riders had evidently started the 24th Isle of Wight randonnee www.cycleisland.co.uk, laid on by the Wayfarers Club, with volunteers to sign the hordes on, serve up mountains of rolls and cakes, stamp the cards and sell the marvellous badges to finishers. All this and no entry fee, just an ice cream tub with a note asking for donations towards the hire of the hall.

The 55k ride was the one for us this time rather than the 100k round the island. We left that to the rest of our party, and the 1600+ others, and joined the few on the short one. From Alverstone our route followed national cycle route 23 all the way up to Newport and then Cowes, along a disused railway converted for cycling and walking.

Our hotel (carefully selected by Jim and Wendy) lacked some of the comedy of previous years. Vegetarians have previously enjoyed cauliflower and carrots (the meat eaters side veg) covered in the gravy. We have been asked to select orange juice OR cereal for breakfast. Our keys were waiting for us on a table – except for Jim and Wendy, who had a key ring but no key.

Nathan survived the 37.69 miles (thanks to Lynn (not to be confused with his mum Lynne) who helped him up hills) and is keen to return again soon. Robert wants a double chainset.